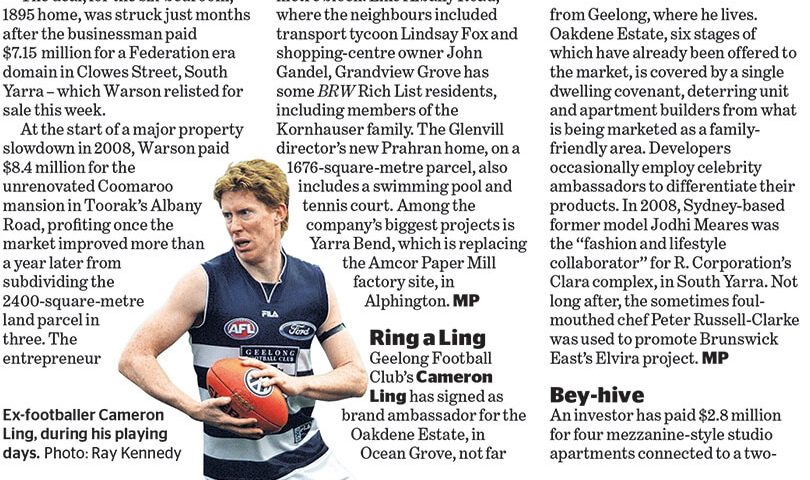 Geelong Football Club’s Cameron Ling has signed as brand ambassador for the Oakdene Estate, in Ocean Grove, not far from Geelong, where he lives. Oakdene Estate, six stages of which have already been offered to the market, is covered by a single dwelling covenant, deterring unit and apartment builders from what is being marketed as a family-friendly area. Developers occasionally employ celebrity ambassadors to differentiate their products. In 2008, Sydney-based former model Jodhi Meares was the ‘‘fashion and lifestyle collaborator’’ for R. Corporation’s Clara complex, in South Yarra. Not long after, the sometimes foul-mouthed chef Peter Russell-Clarke was used to promote Brunswick East’s Elvira project. MP